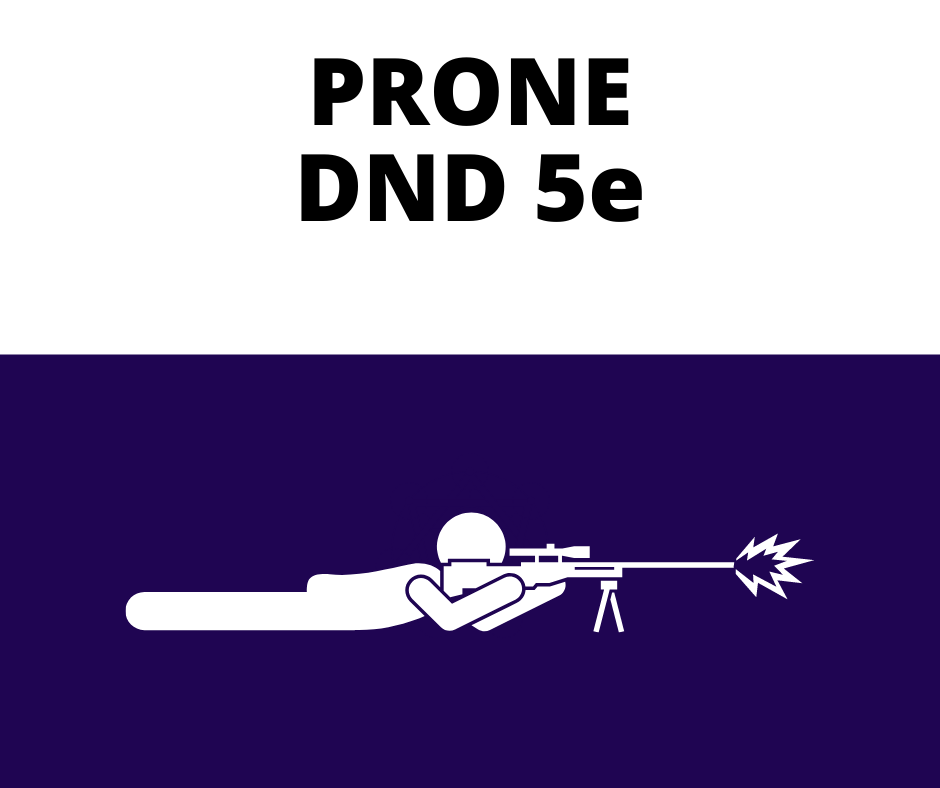 Hey folks! Merry Sunday, hope you are all well. In today’s post, Prone DnD 5e, we’ll be discussing this condition you can be in during combat.

So lay back, relax, and buckle up as we dive into the post!

Okay, with Prone, the first thing to note is that it’s a condition. We also have a post on the different conditions in DnD 5e, so check that out too! However, we’re here to talk about prone.

Prone means to be laying down. As part of your turn, you can choose to go prone, you can also be forced into the prone condition by being knocked down.

While prone you have disadvantage on attack rolls. You cannot move unless your crawl or use a spell to change your location, such as misty step. Attackers within 5ft of you have advantage to attack you, but anything further than 5ft has disadvantage.

So this means you can go prone to try and make it so enemy ranged attacks are harder to hit you. Which can be useful if there are a lot of archers or spellcasters.

Also keep in mind that when you stand up from being prone, it costs half your movement to do so. However, going prone costs no movement.

How do you get up from Prone 5e?

No, being prone doesn’t mean you are stunned, paralyzed, or incapacitated. It just means you are laying down.

Does Standing from Prone count as moving?

No, while standing up from prone is done as part of your movement, it does not actually count as movement. So for things like booming blade where the target takes damage when they move, standing from prone would not trigger that damage.

Can you attack while Prone 5e?

Yes, you can attack while prone but your attacks are at a disadvantage.

Can you cast spells while Prone 5e?

Yep, you absolutely can, but if they are attack spells they are also at disadvantage.

Very simple post today, but hopefully a useful one. Prone can be useful to use yourself, but typically when it comes up it’s being forced on you or an enemy by getting knocked down.

As always until next time, may your day be a critical success!