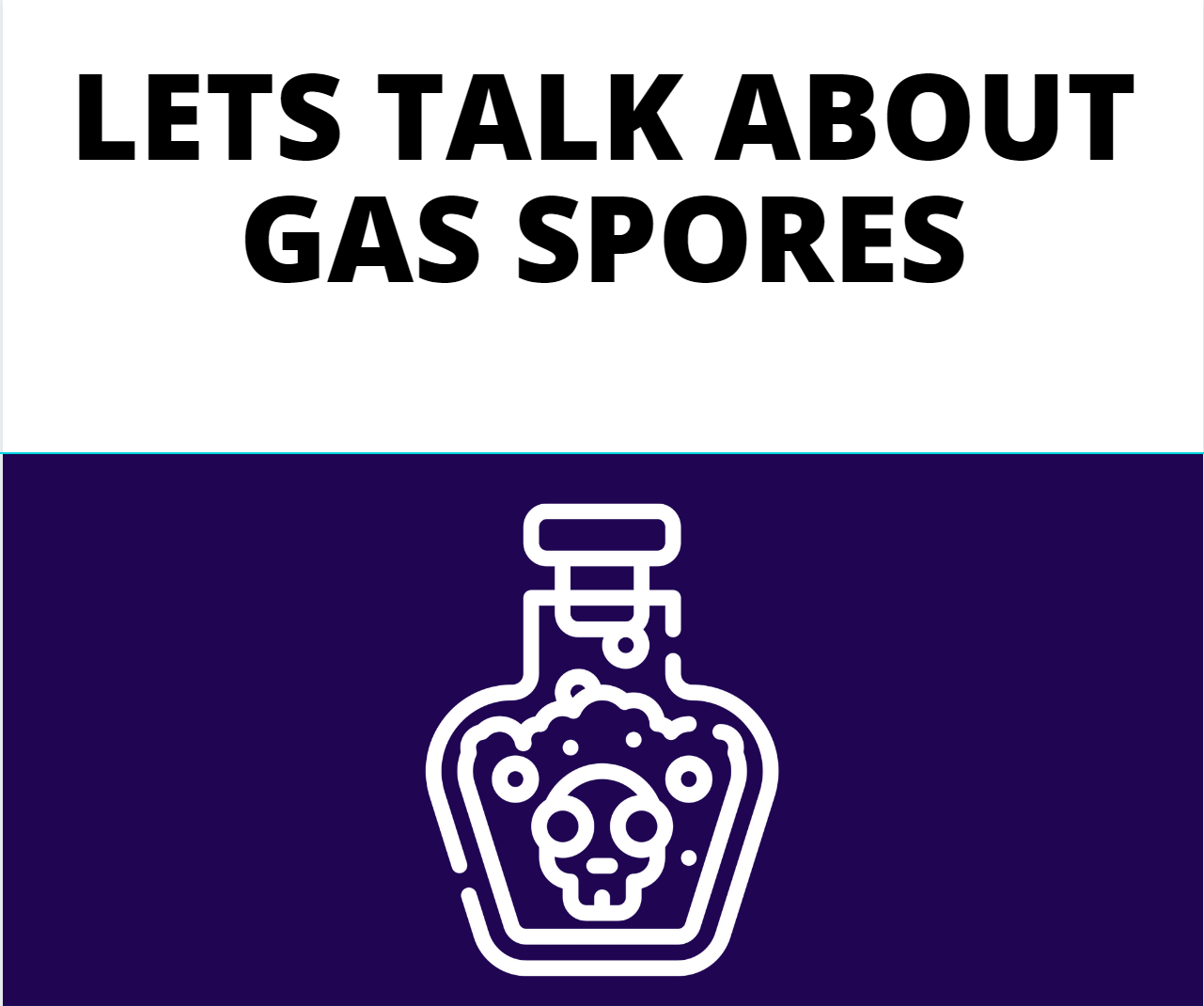 Happy Sunday everyone, I hope it’s been a good one! In today’s post, Gas Spores in DnD 5e, we’ll be discussing these strange creatures that a DM can use to mess with player’s expectations. Think of them as an appetizer, or even a warning as to what may be in store for your players.

These creatures fall in line with things like Mimics, and animated objects like armor and weapons (see our post on flying swords for a little more info on those). However, these creatures themselves aren’t exactly dangerous, it more what happens when they die that It becomes a bit of a…situation.

So without any more teasing let’s dive right into the post.

In DnD 5e these creatures are thought to have come into existence by growing on dead beholders. The residual magic leftover on the dead beholders gives life to these plant-like creatures. The spores eventually grow and detach from the corpse of the beholder and are somewhat sentient, all be it barely.

They balloon out and start to resemble the shape and other characteristics of a beholder, they have a central eye, although it’s only for decoration, they float, as their insides are filled with a gas which allows them to float. They have plant-like stalks that protrude from their round bodies, which mimics the eyestalks of a beholder. They do not have any access to eyebeams.

So what makes these creatures dangerous you may ask? They’re basically big balloons, right? Well, they have an ability called Death Burst. This ability means that when the spore drops to 0HP everyone in a 20ft radius of the spore at that point must make a DC 15 Con Saving Throw. If they fail they take 3d6 Poison damage and are inflicted by a disease.

This disease is what makes them dangerous, as the creature dies, it explodes, failing the saving throw means breathing in some of the spores, these new spores attach to the insides of a creature and start slowly killing it. The creature dies in a number of hours equal to 1d12 + the afflicted creatures Con Score. Unless the disease is removed, the creature will die, and 2d4 tiny gas spores will sprout on the corpse of the person, and grow to full size in 7 days.

Let’s say our heroes have been sent into an abandoned mine, in search of a magical item that a beholder has taken as a treasure, this is how I’d describe their interaction with a Gas Spore.

Even though the cave system is in the wintery north, the cave itself is quite warm and gets warmer as you go deeper. A clammy sickly heat. Eventually, after following some of the winding tunnels, you emerge into a larger cavern. It’s hard to make anything out as it’s so dark. The first thing you all notice is the smell, a sweet smell, anyone familiar with death, and rot would be familiar with this smell, the smell of decay. Anyone with darkvision, glancing around the room, you notice a shadow. You focus in on it, it seems to be round and floating toward you. The Ranger shouts to the rest of the party “Beholder!” as this thing comes into vision for everyone. The Druid shouts to tell him not to fire, recognizing what this creature is, but it’s too late. The arrow pierces the soft skin of the Gas Spore, and with a loud pop, the air is filled with an orange gas, thick with particulates. You all start coughing and wheezing. The Druid looks concerned, and so she should be, as you are now all infected with some fresh spores. You hope you’ll all have the time to have this affliction cured.

Hopefully, this post helped you understand where this creature could fit into your adventures. I think it’s a highly underused creature, and an amazing way to play with the player’s paranoia if they think they’re going to be facing a beholder. Ultimately it’s pretty trivial in a balanced party to get this cured, but it also uses up spell slots, and they could be hilarious enemies to add to an actual boss fight with the beholder.

So thanks for taking the time to have a read through this post and until next time, may your day be a critical success!