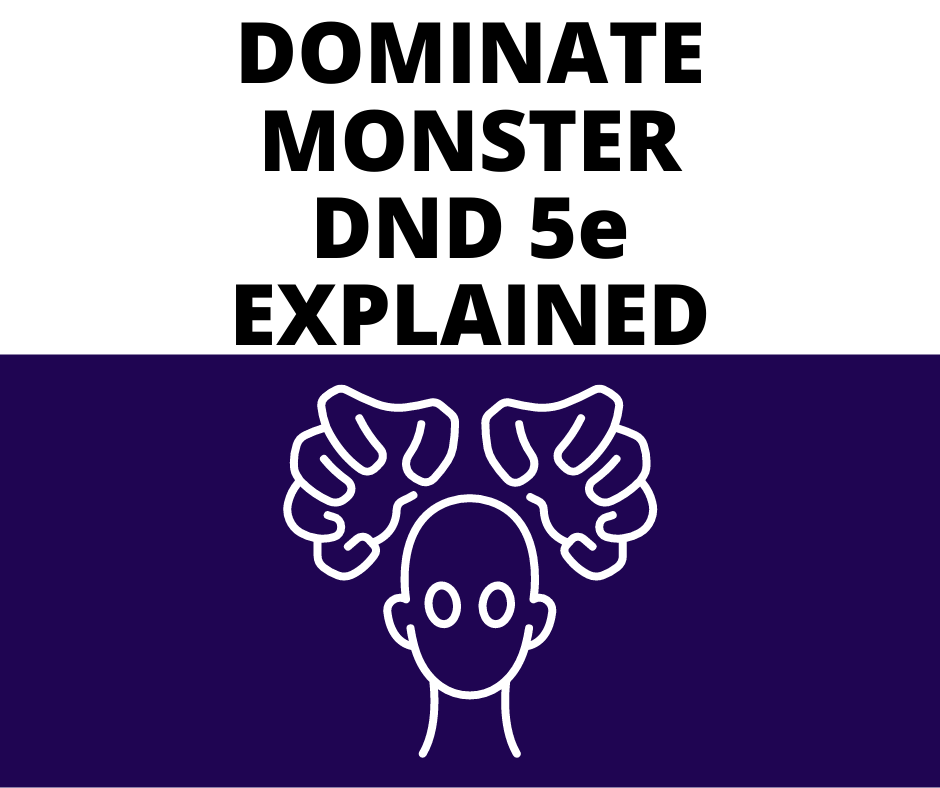 As is standard here, I’ll go over what the spell does, give some flavor for new GMs and then answer some of the questions that pop up for this spell.

So get the tinfoil wrapped around your head, and let’s jump right into the post!

What Does Dominate Monster Do?

This spell is an 8th level Enchantment spell, which means you typically won’t have access to it till much later on in your character’s advancement. Classes typically gain access to 8th level spells around level 15.

It is a concentration spell, that lasts up to 1 hour. It basically works by forcing the enemy to make a Wis Save. If they fail, they are then charmed by the caster for the duration of the spell.

While charmed the target and the caster share a telepathic link through which the caster can give orders. The caster may also use an action to take direct control of the creature as well.

The difference between this spell and Dominate Person is that this spell can be used on any sentient being. Since it specifies creatures and not humanoids. So you could do this on powerful creatures, or undead, Vampires, and the like.

As I mentioned prior in the post, Dominate Monster is effectively the same spell as Dominate Person, but it can be used on any creature in the game unless the creature is immune to charm effects.

The Fire Giant Elite guard smirks at the Bard, “You think this puny one has a chance against me!?”, the Bard smiles, and says “Nah, we’re good friends, don’t you remember?”. The Bards hands quickly sign the spell and a purple tint shines over the Giant’s eyes for a moment before returning to normal.

“Oh yes, I remember now, let me show you around the palace!” The Fire Giant exclaims as the spell takes hold of his mind.

Can Dominate Monster be used on Players?

Absolutely. Dominate Monster can be used on ANY creature in the game unless it says the creature is immune to charm effects. It is a very powerful spell.

Simple but very powerful spell. Hopefully, you learned something about it, and how to use it. As always I hope you have a great week and until next time, may your day be a critical success.