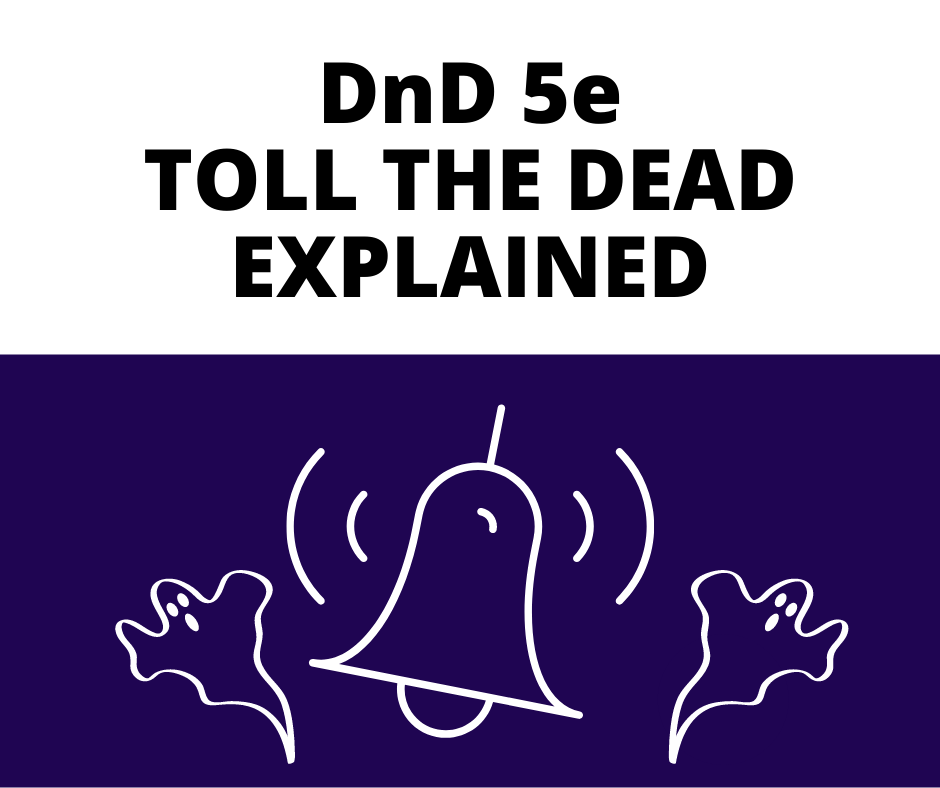 Hey folks, another week another post! In today’s post, DnD 5e Toll the Dead Explained, I’ll be going over this useful little Cantrip. First I’ll go over what the spell is, then how to use it and finally I’ll answer some questions on the spell.

So ring your bell as we jump right into today’s post!

What is Toll the Dead?

This spell actually comes from the book Xanathar’s Guide to Everything, which you should absolutely buy, it’s filled with great resources for GMs and players alike.

So Toll the Dead is a Necromancy Cantrip. Cantrips being spells that can be cast at will and have no limit on use. It takes one action to cast and is cast at a target up to 60 feet away. It forces the target to make a Wis Saving Throw, or take 1d8 Necrotic damage. However, if the target is already damaged (IE it’s missing HP) then the target takes 1d12 Necrotic damage instead of the 1d8.

How to Use Toll the Dead

It’s a simple Cantrip, but if you have a high DC on your Spell Save DC then it can be quite the useful Cantrip as you don’t need to roll anything to hit the creature, the creature must roll to not be damaged. Can be useful if you’re used to rolling poorly like me!

It’s good to have some variation on Cantrips, so this one is a good addition to the ones you see often when playing the game, as that’s what spellcasters typically fall back on when they run out of spells. So keep this one in mind next time you roll up a character.

Can a Wizard use Toll the Dead in 5e?

Yep, they sure can.

Is Toll the Dead a Bonus Action in 5e?

This spell costs 1 action to cast.

Is Toll the Dead a Warlock spell in 5e?

It is indeed one of the Warlock spells.

A short little post to kick the week off, let us ease into this week before October comes. As always I hope you learned a little about this spell and how it works. It’s a great little addition to the game from one of my favorite expansion books so please do pick it up! Until next time, may your day be a critical success!