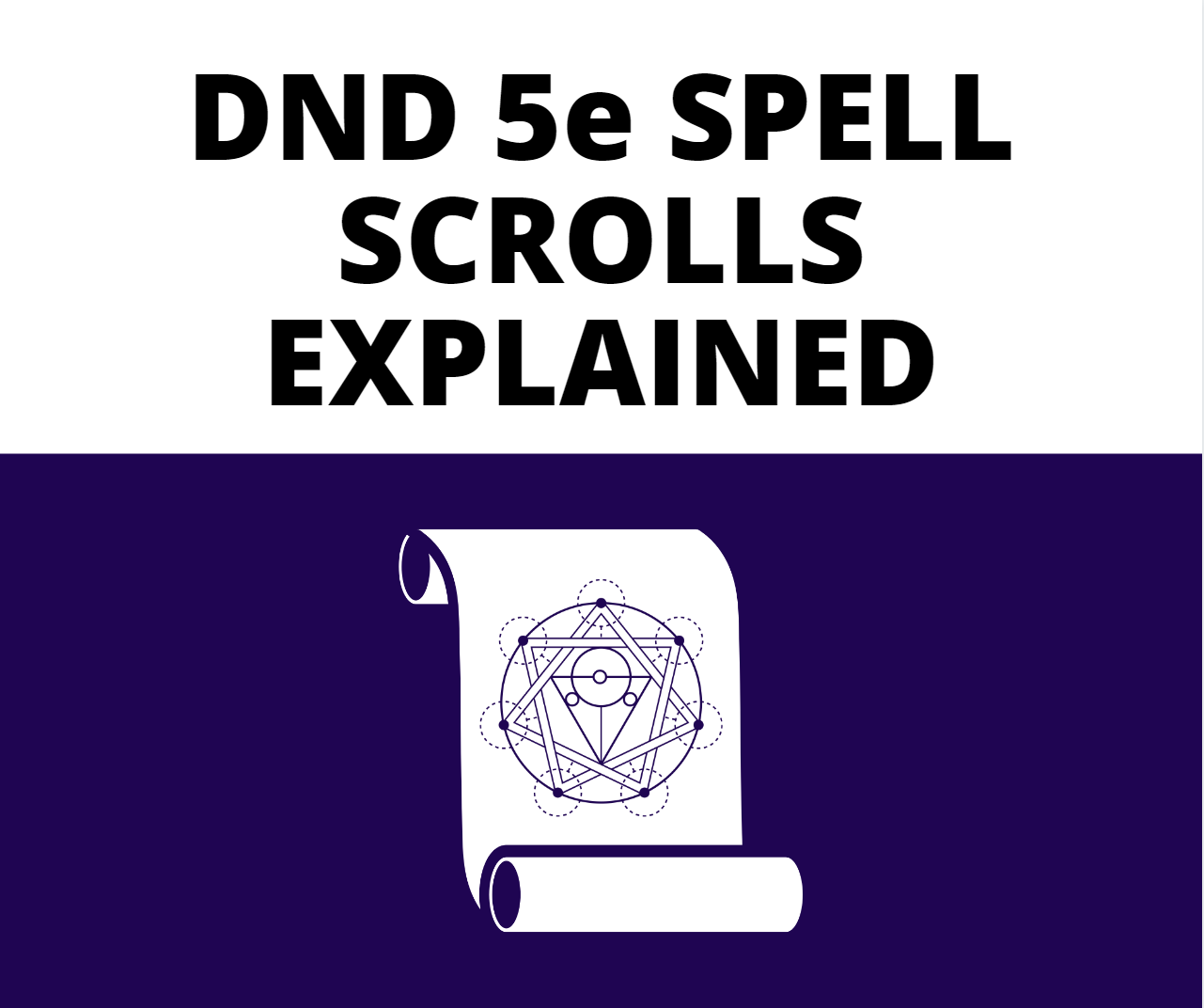 Good morning everyone, I hope you all had a good weekend. Typically, I post on a Sunday, but there are some interesting things brewing at HQ for the site, hopefully, I’ll be able to share that with you all soon. Anyhow, in today’s post, DnD 5e Spell Scrolls Explained, we’re going to be looking at how spells scrolls work in DnD 5e.

With the relatively recent release of Baldur’s Gate 3 into early access, I found a lot of people weren’t really aware of how spell scrolls work in DnD. Considering BG3 is supposed to be based on the 5e ruleset, it’s strange that the spell scrolls work quite differently from the way they work in the actual 5e ruleset.

As I mentioned, in BG3, anyone can use a spell scroll, regardless of their class or level. If the scroll is in your possession, you can cast it. Don’t get me wrong, it makes for interesting gameplay, and hilarious things, but I figured it would make sense to explain how they actually do work in the tabletop ruleset of 5e.

In the full ruleset of DnD 5e, spell scrolls will only function if the spell on the scroll is part of your classes spell list. So if your class could learn the spell through normal means, like leveling up then you would be able to use a spell scroll very simply.

Using a spell scroll allows you to cast the spell on the scroll without any material components as well, so it’s really useful for a Paladin or Cleric to have a spell scroll that allows them to resurrect people, as those spells usually have very high material costs associated to them.

Of course one of the biggest uses for spell scrolls is that a Wizard can use them to permanently learn a spell, as long as it’s considered a Wizard spell. This comes with its own costs, but the benefit of learning the spell forever usually outweighs that cost, unless you’re in a dire situation and absolutely need to cast something big and powerful you might not have access to.

Last but not least, you can use a spell scroll that contains a spell above the level at which you can actually cast. It requires the spellcaster to succeed an ability check using whatever their spellcasting ability is. The DC for this check is equal to 10+ the level of the spell you’re attempting to cast. One thing to keep in mind is that a spell scroll has its own spell save DC and its own attack bonus, rather than using the spellcasters modifiers.

Since there’s no real flavor to add to spell scrolls, it’s the same as casting a regular spell except it comes from a piece of magic paper, I figure we should wrap things up here. I hope this post has helped you understand the different aspects of spell scrolls, and how they function.