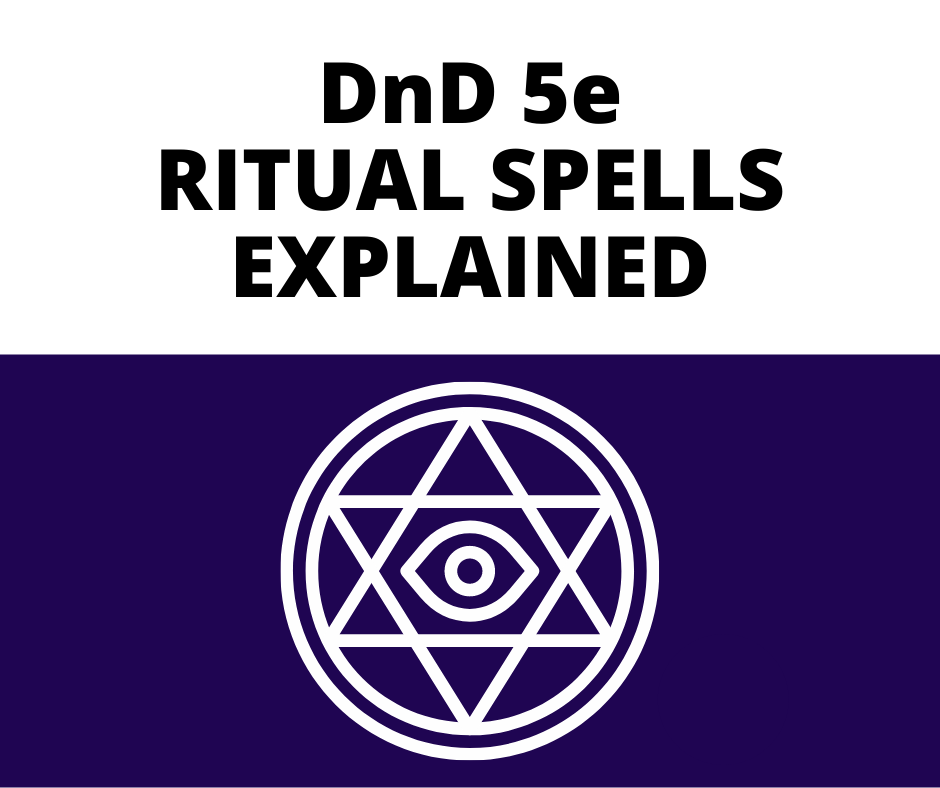 Hey folks! Hope you’re all having a great day. In today’s post, DnD 5e Ritual Spells Explained, I’m going to cover this spellcasting method that allows to the usage of spells without expending a spell slot. First I’ll go over what Ritual Spells are, then how to use them, and finally, I’ll finish up by answering some questions surrounding them.

So take a little bit of time to prepare yourself as we jump right into today’s post!

What are Ritual Spells?

In DnD 5e a Ritual Spell is when a caster casts a spell by doing a ritual, instead of directly casting it. The benefit of this is that they do not expend a spell slot by doing so.

Now there are only a handful of spells that can be cast as a ritual, there are way more low-level spells than high-level ritual spells.

One simple spell that can be cast as a ritual is Alarm. This means if you have the time to set up the ritual then there is no reason to not use these spells as ritual spells.

Another downside is that spells cast using a ritual cannot be up-cast. Meaning they cannot be cast at a higher level than their base.

Also, the way to identify if a spell is a ritual or not is in the spells description block. It will say right under the title for the spell in brackets that it’s a ritual spell. So for instance, Alarm, it has its title, Alarm, then directly underneath it says 1st-level Abjuration (ritual). That’s how you identify such spells.

How to use Ritual Spells?

Typically, Ritual Spells should be used when you have the time to use them, or when time is not of the essence. To be honest, the extra 10 minutes isn’t really a lot of time anyway. A spell that takes an hour to cast only takes an hour and 10 minutes if cast as a ritual, really not much time is added.

In most situations, I’d say that if the spell can be cast as a ritual, and you’re not trying to use it within combat, then cast it as a ritual. In my opinion, the downsides aren’t enough of a detractor to not cast the vast majority of these spells as rituals.

Ritual spells are really simple, I think anytime anyone’s ever asked me about them, they’ve been overthinking the process. Really it’s just a way to allow casters to use certain RP or Utility spells without having to give up spell slots, meaning that those types of spells end up being cast more often and giving more options in certain scenarios.

What spells can be cast as a Ritual in 5e?

Do you need to prepare Ritual spells in 5e?

Yes, you do, unless you’re a Wizard, they do not need to prepare their ritual spells, but those spells can only be cast as ritual spells if they’re not prepared.

How often can you cast Ritual spells in 5e?

As often as you like. Casting a spell as a ritual doesn’t consume a spell slot, so they can be cast as much as the caster desires.

Ritual spells are not that confusing, I think sometimes there can be differences in the way they work depending on the class, so that can cause confusion, but once you know how it works, it’s not that complicated. As always I hope you learned from the post and will be able to use what you learned in your game. Until next time may your day be a critical success!