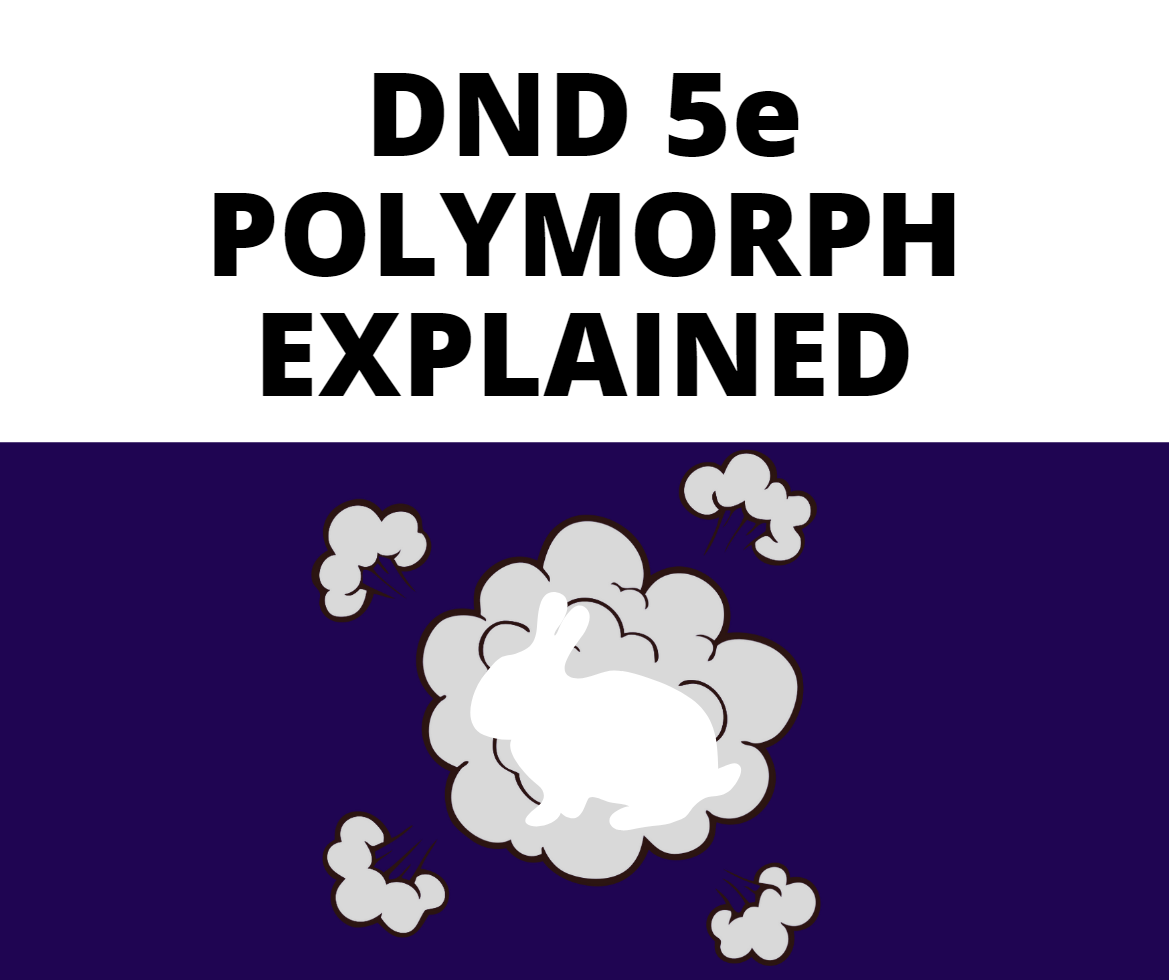 Hey folks, hope everyone had a good week! Today’s post will be, DnD 5e Polymorph. I felt this iconic spell needed a post of its own to discuss. We’ll go over what the spell does, then have a little flavor on it, finally we’ll answer some of the common questions relating to the spell.

This spell is pretty iconic; it’s existed for such a long time in the DnD universe. The basic idea is that it allows the caster to either change themselves, or another person’s form into that of equal of lower power level. So a sufficient level caster could make themselves into a dinosaur, and rampage through buildings, or they could turn the boss of a dungeon into a harmless bunny.

So, polymorph is a 4th level Transmutation spell that can change the form of the targeted creature for up to 1 hour. If the target is unwilling, then they must make a Wisdom Saving Throw against the casters Spell Save DC.

The caster can pick what form the target takes, but it must be equal or lower to the target’s level or their CR (Challenge Rating). When it’s used on another player RAW (Rules as Written) says you can just use their level as the CR.

The target then takes on ALL of the statistics of the new form, they cannot speak (unless what they’re being turned in to can speak). They only retain the personality and their general alignment.

If the target drops to 0HP while in their new form, they revert back to their original form, and the HP they had before they were transformed.

One thing I’d note is that, if you pick Polymorph for your character to use as a spell, make sure you let your GM know ahead of time, and also make sure you keep a rough list of what you can turn people into. Just keeps the game running smooth and your GM will thank you!

This is a way I’d describe the use of Polymorph in one of my games, of course, this is a highly customizable spell so it would likely change a lot from use to use.

The Wizard waits a moment for the Necromancer to leave, smirks to herself, and points at the Orc. She shouts “Form of a bunny!” the Orc looks shocked for a moment, and then as quick as a snap, the Orc shrinks down and his ears start to grow long and floppy.

Now where the big bad Orc stood, a small brown Rabbits stands, bewildered, and unsure of its surroundings.

What Can I polymorph into in DnD 5e?

In DnD 5e the limitation it based on the CR/level of the target. The target can also only be turned into a beast as well. So that’s another limitation. Here are some quick suggestions.

Is Polymorph good in DnD 5e?

Assuming your GM is running Polymorph RAW (Rules as Written) you can change into some pretty powerful creatures. So I’d say if that was the case then yeah it’s very powerful.

If not then it’s still useful for creative solutions to situations, and also controlling dangerous enemies.

Can you Polymorph yourself in DnD 5e?

Yep, you totally can. It is a concentration spell, but concentration is not affected when you yourself transform. At least according to RAW (Rules as Written).

Polymorph is a fantastic spell that can really give you some creative solutions. So it’s for sure a great addition to any casters arsenal.