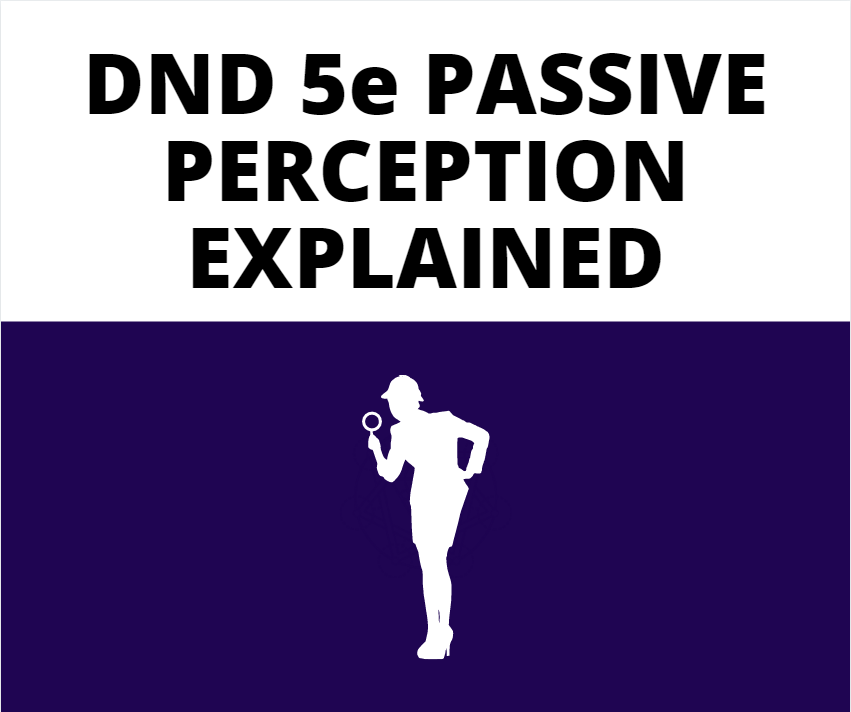 Merry Sunday everyone, hope everyone is having a decent time of year, despite the current circumstances. I thought I’d make a small post today as we’re really close to being able to announce an exciting project that we’ve been working on behind the scenes. To tide you over till then, we’re going to talk about something that I find very useful.

So in today’s post, DnD 5e Passive Perception Explained, we’re going to be discussing what this is and how you can use it to spot those stealthy little rogues in your campaigns.

In DnD 5e as we all should be aware, there is a skill called perception. It’s used to spot things, at a distance or up close. It can actively be used to try and find something hidden. However, what happens if either a player or an NPC isn’t actively looking, but may still catch something amiss? This is where passive perception comes in.

This aspect of the game comes into play when a creature is looking but isn’t actively aware that someone or something is hidden. So think of an NPC who is on guard who is walking passed the wardrobe the rogue just hid inside. Now, the guard won’t be actively checking the wardrobe itself, he would be passively looking.

Taking the scenario above, so you know how to work it out, is simple. The rogue hides inside the wardrobe and makes a Stealth roll, let’s say that the result was 15. So then instead of rolling, which signifies an active action, the DM would look at the Passive Perception score of the guard. Which is worked out by using this quick formula.

The guard may also have advantage or disadvantage, so you add or subtract +5 respectively, to the total.

So this has just been a short post, but I hope a useful one as it was something that I always used to use poorly in my games. I hope that it helps you keep the simple formula in your head, or allows you to copy it down in your notes. As always, thanks for taking the time to have a read through this post, and until next time, may your day and your holiday season be a critical success!