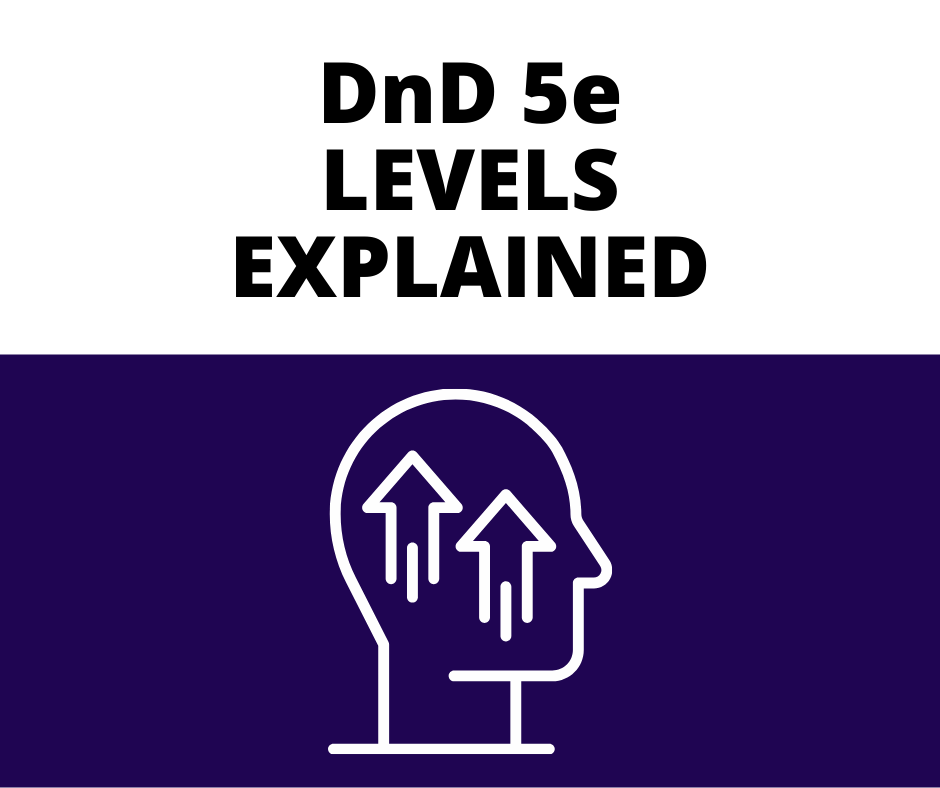 Hey folks, another day another post! In today’s post, DnD 5e Levels Explained, I’ll be going over the mechanic of the game that increases your character’s strength. First I’ll explain what levels are, and then I’ll go over what is required to attain each level, and some opinions on different ways to attain them.

So strap in for the crash course as we dive right into the post!

Okay, so, I’m going to assume here that you’ve played some kind of RPG in the past 20 years. Levels work the same way, it’s how you track your progression and gain mechanical strengths for your character.

Basically, as your progress through the adventure, you gain XP (Experience Points) which when you have enough, you level up.

When you level up you typically acquire new abilities, spells, or stat improvements. What you get is dependent on your class, so the easiest way to check what you get is to check the character advancement table that exists at the beginning of every classes section in their respective books.

How Are Levels Attained?

Levels are attained typically in two ways. You have raw XP, or you have Milestone Levels/XP, which I will discuss the differences between the two in a moment. First though, all you need to know right now is that you need a certain number of XP to move to the next level.

One thing to note in DnD is that when you level up, your XP doesn’t go back to 0. The XP number just keeps growing.

Here is a simple table that shows how much XP is required for each level.

Typically, the game is laid out in a manner where this is almost assumed to be the default choice (although most people I’ve spoken to go with other options). I have done this method before, but find that it’s too much work for what ends up being the same outcome.

How it works is that as the GM, when you choose your monsters for the fights ahead, you look at how much XP they are worth, which is on their stat block. When the players defeat that creature, the XP is split among the players.

Once the players then reach the number of XP required to level up, then they do so.

Some things to keep in mind as well are if a party is successful in avoiding an encounter through good decision making, then I would award them the same amount of XP as if they had defeated the creature. As well, I also award XP for solving puzzles and other non-combat encounters.

This is my preferred method of leveling up in my campaigns. Basically, this method just means the GM chooses when the party level up. Typically, this would be after a particular moment in the campaign’s story arc, maybe after killing a rival or boss of a dungeon.

The reason I use this method is it means I don’t need to track XP numbers. Usually, I try to make guesstimates as to where the party is with XP so I know I’m not stringing a particular level for too long. Although I do like to make the length between levels a little bit longer so the players feel a sense of real achievement when they level up.

How many levels are there in DnD 5e?

Is there a level cap in DnD 5e?

Technically 20 is the level cap, however, there are systems out there that outline rules for advancing beyond level 20.

One thing to note is that there are the Epic Boons in the Dungeon Masters Guide, which is another option for additional benefits once a player has hit level 20.

Is XP in DnD 5e cumulative?

Yes, XP doesn’t reset to 0 as it does in video games, the number of XP a character has will only go up.

Yes. XP is split between the number of players present in the encounter and any NPCs who helped significantly.

Leveling is a great aspect of DnD when used correctly. I find if you time it right, and you spend appropriate amounts of time in each level range, then your players will really feel that sense of achievement when they level up. As well as that, the players will also get to spend time getting used to their characters and new abilities as they level up. So be careful not to overwhelm your players by leveling too quickly.

So as always I hope you learned from this post, and until next time, may your day be a Critical Success!