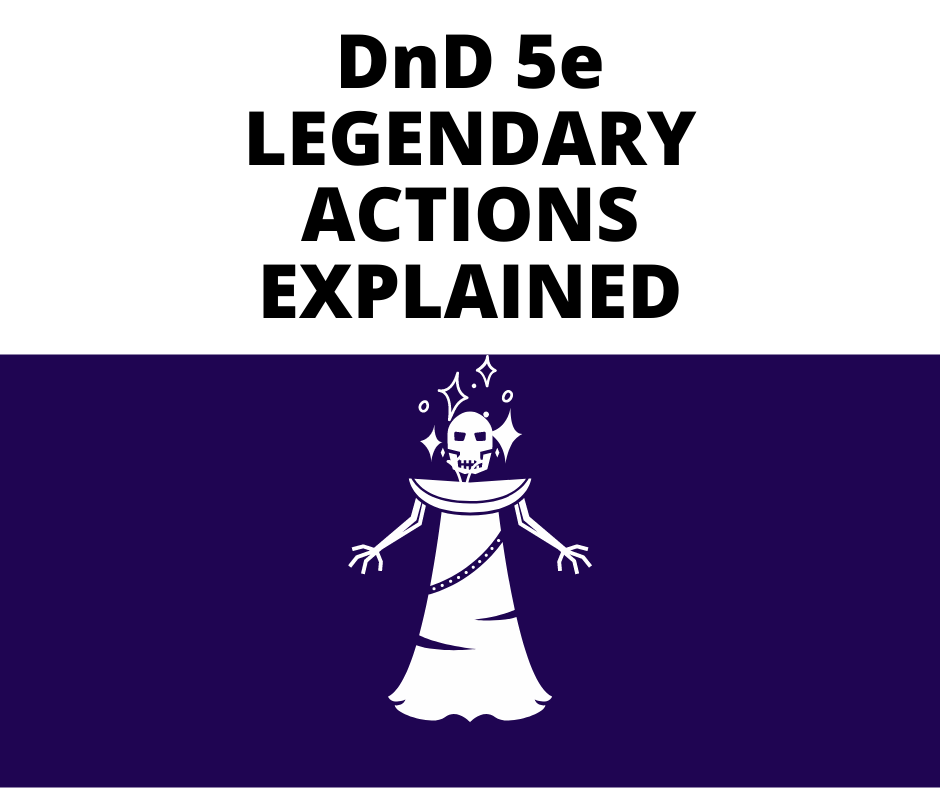 Hey folks, happy new week! In today’s post, DnD 5e Legendary Actions Explained, I’ll be going over this simple but very powerful mechanic the GM has at their fingertips. First I’ll go over what a Legendary Action is, then how to use them, and finally end it with some of the hot questions surrounding Legendary Actions.

So careful not to look too deeply into the eyes of the vampire, and get ready to dive right into the post!

What are Legendary Actions?

In DnD 5e Legendary Actions are something the more iconic creatures of DnD have access to. Dragons, Vampires, and Lichs all have access to this mechanic.

At its most basic level, a Legendary Action allows a creature to spend one of the Legendary Actions to do something outside of their action at the end of another creature’s turn.

How to use Legendary Actions

Okay so now we know that Legendary Actions are actions special creatures can take outside of their own turn. How do we go about using them? Well simply by being aware they are to be used, you should keep them in mind while combat plays out.

If you’re using one of the creatures from the official sources, then just have a read over the actions prior to combat. However, one thing I HIGHLY recommend doing is creating your own boss creatures and give them their own Legendary Actions.

Now I don’t mean give your pirate king the ability to use a wing attack like a Dragon. I mean give them reasonable actions to take outside of their turn. It will 100% add to the memorability of the combat encounter.

Can players get legendary actions in 5e?

Sadly no. Even if you True Polymorph into a creature that would have Legendary Actions, you do not get them.

Can an incapacitated creature take legendary actions in 5e?

Do legendary actions reset in 5e?

Yes, quite often in fact. They reset at the start of the creature’s turn.

As always I hope you learned a little about Legendary Actions and the impact they can have on your boss creature fights. I promise you, if you use these correctly and fairly on your custom boss encounters, your players will remember the fight because it will be unique.