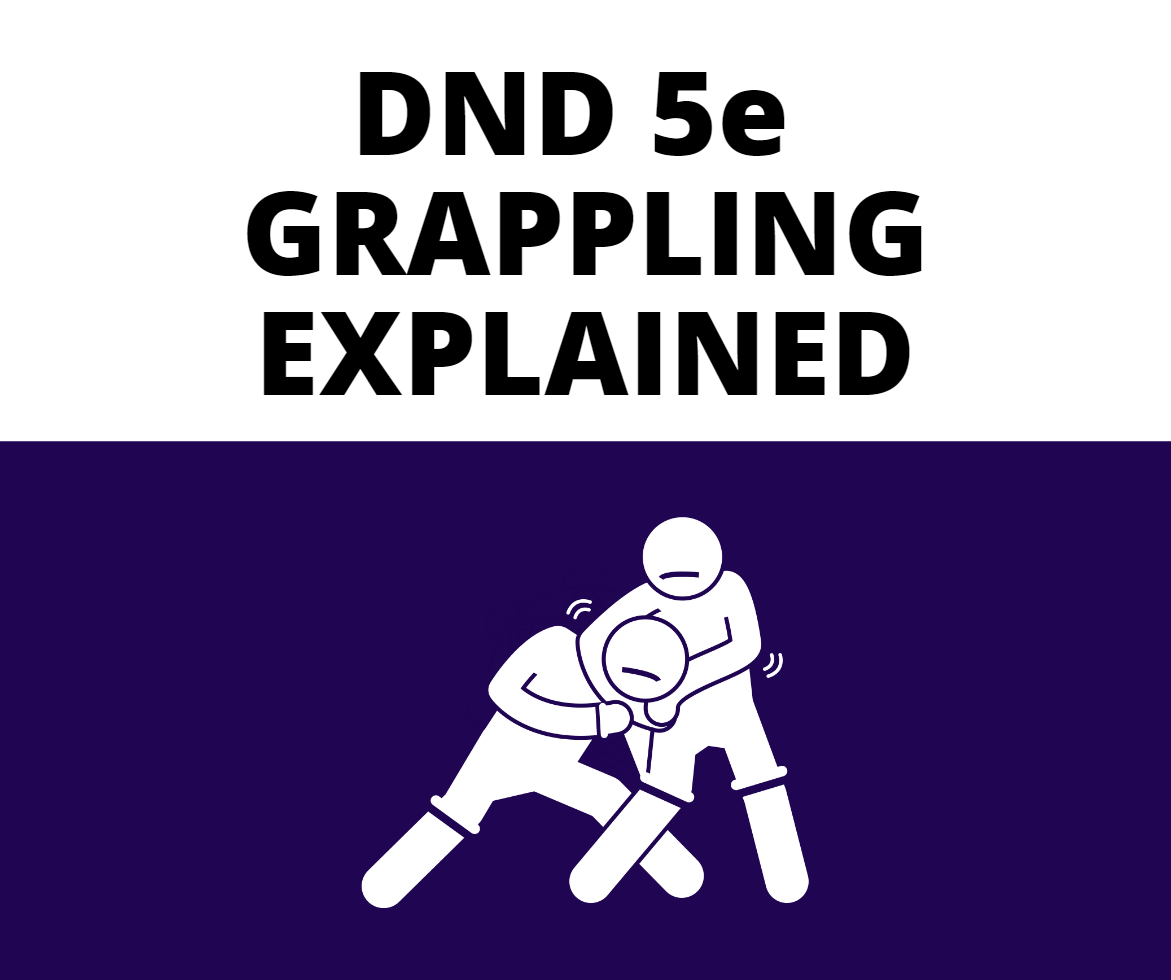 Hey folks, today’s post will be, DnD 5e Grappling Explained, but first I wanted to mention a couple of things. So after working on a few different things for the site, I’m going to be returning to our previous schedule of a couple of posts a week. Just a couple of updates, we now have a YouTube page where the wonderful Joe does the voice-over for some of our posts. Can check out the YouTube page here. There is also our free map, which you can check out here. As well as our adventure which goes with the map, which you can buy here.

So what are we talking about today? Well, we’re discussing the much-loved Grappling system within DnD 5e. I’ll first go over how it works, and then how I use it in my games. So buckle up and we’ll jump right into the post!

First off, what even is grappling? Well, grappling is grabbing hold of someone or something so that you can control it/them. Now in a DnD 5e context, it works more or less like what I describe. Within the game, it works like this

If the creature initiating the grapple check wins, then the other creature is then considered to be under the “grappled” condition. See more about that condition in our DnD 5e Conditions post.

When a creature is grappling another, they can move the grappled creature as part of their movement on their turn, although the grappler is at half speed unless the creature being grappled is two size categories smaller than the grappler.

During a grapple, either creature may make attacks as normal. The grappling creature may release the grapple at any point as a free action. However, the grappled creature must succeed in another grapple content to break free which takes up an action.

I like grappling in DnD 5e, I do wish the system was a little bit more fleshed out so that characters could be made that focused on grappling, without severely lowering their damage or their usefulness during combat. So I’ve actually made a small tweak myself to give the system a little bit more flexibility. Although this only really applies in situations where it’s two humanoids grappling, not when a creature uses some form of special grapple.

That’s my little tweak, it doesn’t come up too often, so it may have some flaws. Feel free to implement it and change it as you see fit!

As always my goal is to help you all in navigating the confusing and often obtusely complex world of DnD, and I want to also show you that you shouldn’t be scared to change the rules if they don’t make sense to you, or you think you could add a little more flavor to them. Always keep in mind you are the masters of your own games, and until next time, may your day be a critical success!