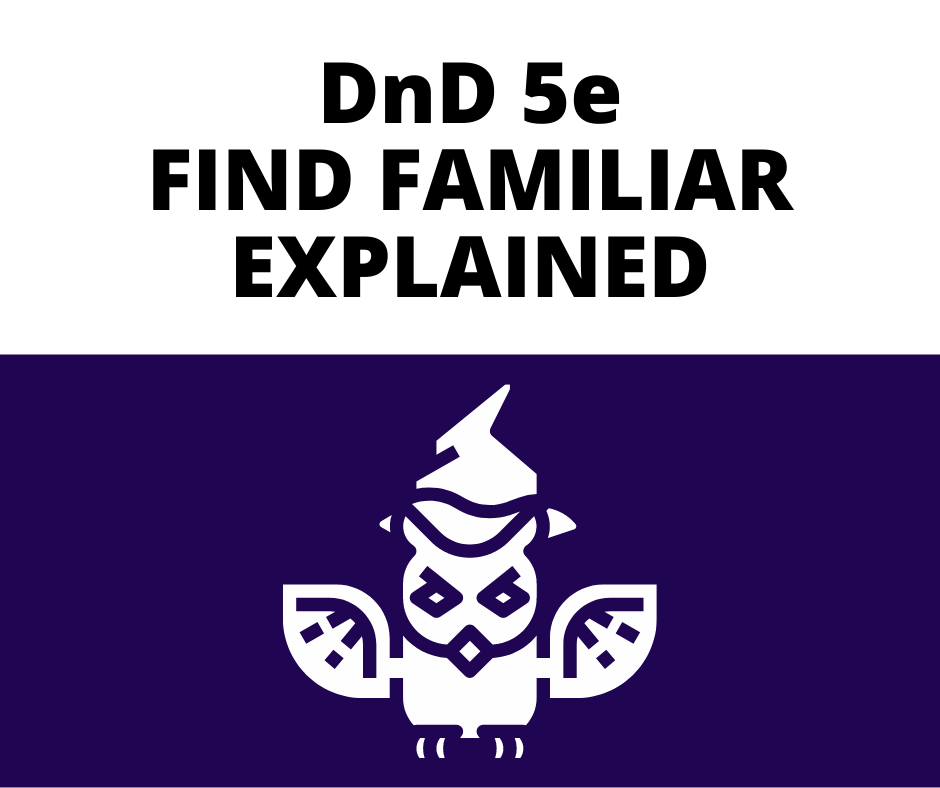 Good afternoon folks! In today’s post, DnD 5e Find Familiar, I’ll be going over this often overlooked spell. First I’ll go over what the spell does, then how to use it, and finally, I’ll answer some questions surrounding the spell.

So cozy up with your pet weasel and get ready as we dive into today’s post!

What is Find Familiar?

Find Familiar is a 1st level Conjuration spell, it takes 1 hour to cast and can be cast as a ritual spell. Typically, only Wizards are able to use it.

The spell allows the caster to summon a fey or fiend (casters choice) version of small animals to effectively be their combat pet. The spell itself lists what forms the creature can take. All of them are either equal to or below CR 1/8, so they are not durable creatures.

The creature summoned always obeys the commands of the caster. When the familiar is within 100ft of the caster both can communicate telepathically with one another. The caster can also use an action to see and hear through the senses of the familiar. While doing this the caster is considered blind and deaf.

The familiar cannot attack; it can however take any other actions available to it. If the familiar dies it fades to nothing. Only one familiar can be active from the same caster at a time. The caster can alter the form of the familiar by recasting the spell.

With regards to the initiative, the familiar acts on its own turn and it acts independently of the caster, although as mentioned it will follow the caster’s orders.

How to use Find Familiar

Lastly, since the familiar can be used to deliver touch attacks from the caster, that is another strong way to stay out of the fray, but also deliver quite potent attacks using those pesky touch spells.

Is Find Familiar a Ritual in 5e?

Yep, the spell can be cast as a Ritual spell. Although it can be cast normally too, it just takes an hour, so I highly doubt you’d be casting it in combat.

Can a Warlock have a familiar in 5e?

Yep, they sure can, by taking the Pact of the Chain, they gain access to the spell and even get access to extra forms for the familiar to take.

Can a Familiar stabilize in 5e?

Hilariously yes, they sure can. At least if we go by strict RAW (Rules as Written). I do find the thought of a snake trying to give mouth to mouth to someone immensely funny however. I’d say you should clear this with your GM first before trying this.

Can you Polymorph a Familiar in 5e?

They can be, but since what you can be polymorphed into is determined by your CR (or level if it’s a PC) it would be a bit of a waste. Keep in mind that even if you do this, as per the Find Familiar spell, the familiar cannot attack.

I enjoyed the post today, Find Familiar was a spell I loved when I last got to play the game, so it was fun to cover it. I even learned a few things in my research about it that I didn’t even consider, so I’ve passed that knowledge onto you all!

As always I hope you learned a little more about the spell and until next time, may your day be a critical success!