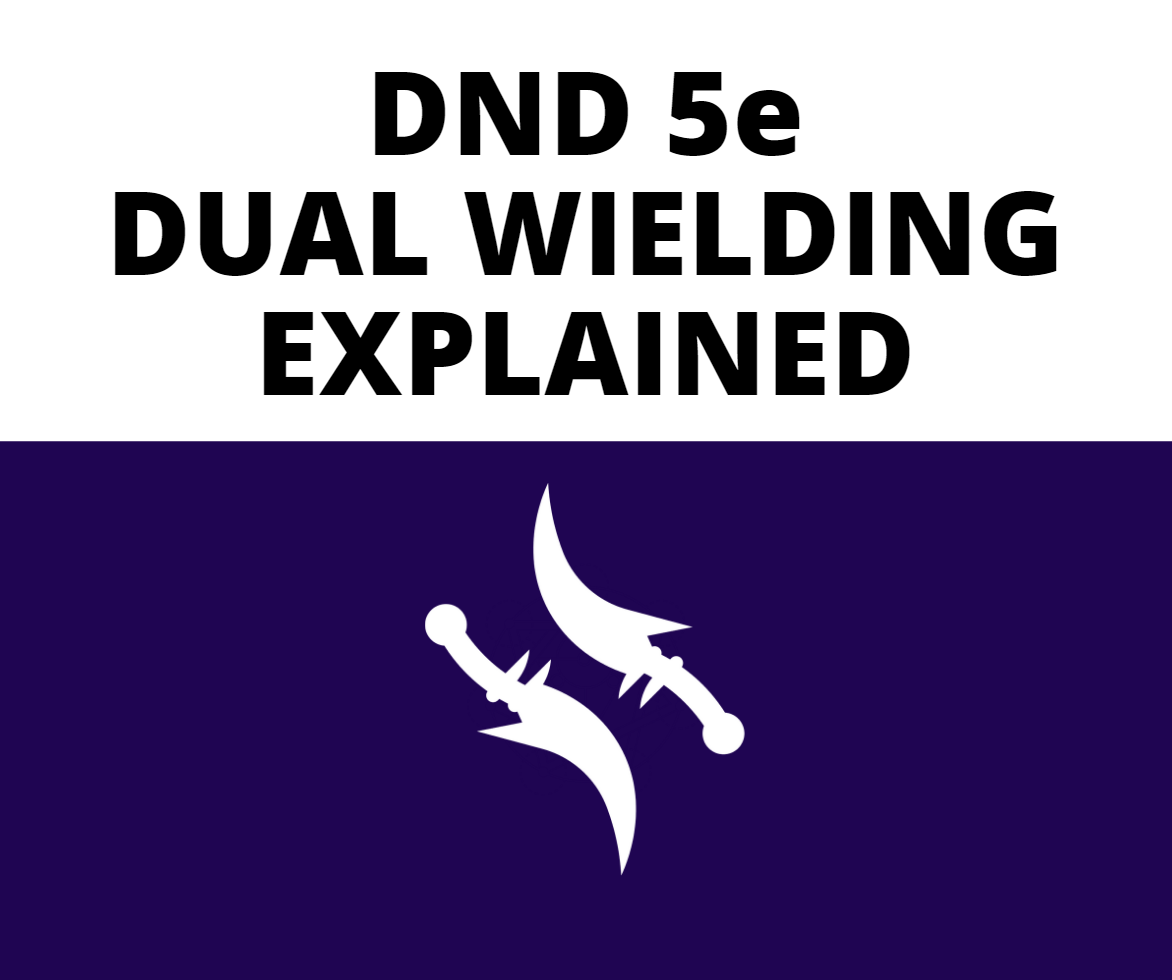 Hey folks, a little bit of a double post today! Our post today is on, DnD 5e Dual Wielding. It’s a pretty big archetype that people tend to want to run, and it’s something that I think can be easily missed/overlooked when it comes to character creation.

We’ll go over how dual wielding works in 5e, and have a quick FAQ on it at the end. So holster both your axes, take a seat, and let’s dive into the post!

What that means is that if you attack using a weapon with the “light property”, you can use your bonus action to attack with another “light” weapon in your other hand.

You cannot add your ability modifier to the weapon attack (unless it’s negative then you must subtract from the attack). You can also choose to throw with the bonus action.

However, if a character has the “Two-Weapon Fighting” fighting style then attacks made with the bonus action are treated as normal attacks with full use of ability modifiers.

This can be gained either from being a fighter and choosing that fighting style or from the “Fighting Initiate” feat from the “Tasha’s Cauldron of Everything” book.

Finally, there is also the “Dual Wielder” feat, which adds a few things to those using two weapons. Using two weapons grants you a bonus +1 to AC. You are no longer restricted to “light” weapons and you can draw or stow both weapons as if they were one weapon.

This is a bit of a difficult question to answer, is dual-wielding optimal? No. Is it cool? Hell yeah. Okay, the damage might not be as great, and you need to invest a little more of the character into the concept to make it worth it. However, thematically? I think it’s pretty awesome.

Can you dual wield with a rapier in DnD 5e?

Anyone can dual wield with any weapon as long as that weapon has the “light” property.

Short post, but a useful one, I think a lot of people miss the fact that ANYONE can dual wield, with some penalties. Then if you want to go deeper into it as a character feature, you can, using a couple of feats you can make dual-wielding decently strong.