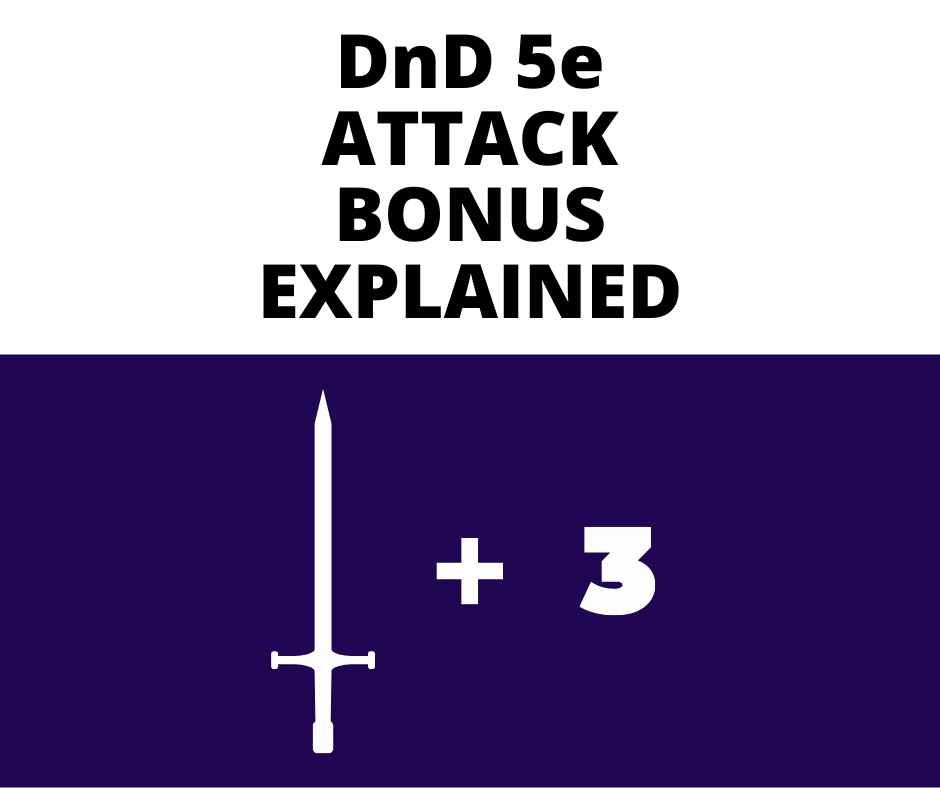 Good morning folks! In today’s post, DnD 5e Attack Bonus Explained, I’ll be going over this basic mechanic within the game. This will be a pretty short post, I’ll briefly explain what the attack bonus is and then how to calculate the attack bonus, as well as answering some questions on this topic.

So grip hold your sword for dear life as we dive into the post!

What is Attack Bonus?

In DnD 5e an attack bonus is what you add to your D20 when you make any attack in DnD. So that covers swinging a sword, using a rapier, firing a bow or casting an attack spell.

The total bonus comes from a couple of different sources. So it’s fine if you get a little confused. However, it is good to know where the bonus is coming from, rather than letting an online character sheet tell you.

How to calculate Attack Bonus?

Attack bonus is calculated by adding proficiency and relevant skill modifiers to an attack roll. Obviously, you only add proficiency if the character is proficient with the weapon they are using.

How do I increase my Attack Bonus in 5e?

What is the base Attack Bonus in 5e?

There is no real “base” attack bonus. Typically, at low levels, the calculation would be D20+Str/Dex+ Proficiency.

Do you add Proficiency to damage in 5e?

Nope, you never add your proficiency bonus to your damage in 5e.

Short post today folks, but a necessary one. Had this come up more than a few times while running games, and I figure having a post on it can’t hurt. So until next time, may your day be a critical success!