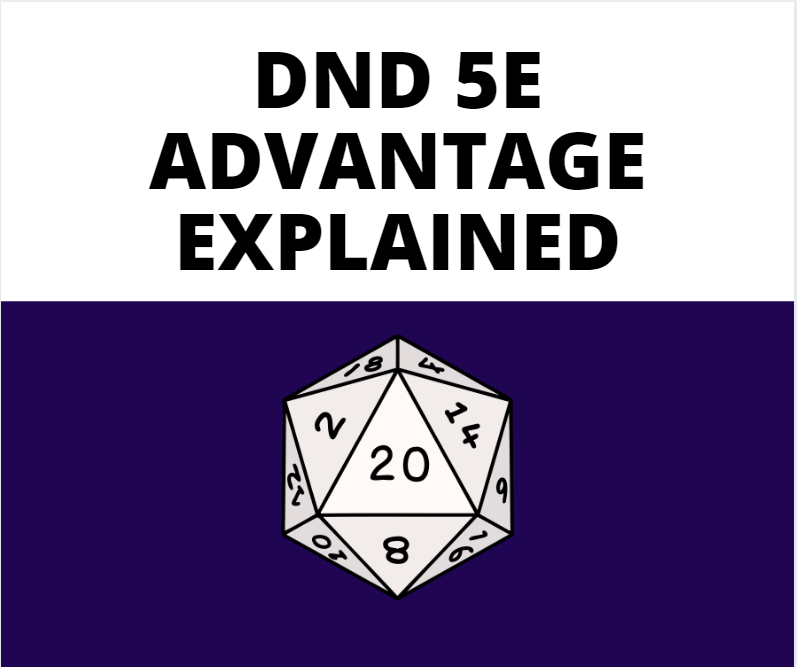 In this post, DnD 5e Advantage & Disadvantage System Explained, we’ll look at one of the systems of DnD 5e that really streamlined the game in terms of simplifying the game.

One of the biggest changes to DnD 5e from previous editions of the game was the Advantage/Disadvantage system. It’s a simple and brilliant change.

So let’s have a look!

In DnD 5e there are a plethora of things that give advantage. Most of the time the game will tell you in the description of items if it gives you advantage.

Advantage means that when you make a roll you get to roll twice and take the higher value. For instance, if you had advantage on an attack roll, you would roll your D20 twice (or roll two D20’s) and whatever one had the higher number, that is the one you use

There are times where based on the situation, the DM might actually give you advantage for clever use of game mechanics.

Similar to Advantage, there are a lot of things that force disadvantage on you. Usually, these might be status conditions that the player might be under such as the poisoned condition.

Like advantage, based on the situations you may find yourself in, such as a magically darkened forest, disadvantage may be imposed on perception checks to look around the forest.

The Advantage system is a very simple change, but in my eyes a welcomed one. In previous editions of the game, there would be a lot of what was called “floating modifiers” which were small numerical bonuses to specific rolls. You could have had a +2 to perception checks from a ring, and a +1 because the DM decided it’s a clear day so it’s easier to see, keeping track of that was a bit of a nightmare for both player and DM. So the advantage system is something that really streamlines that whole process.