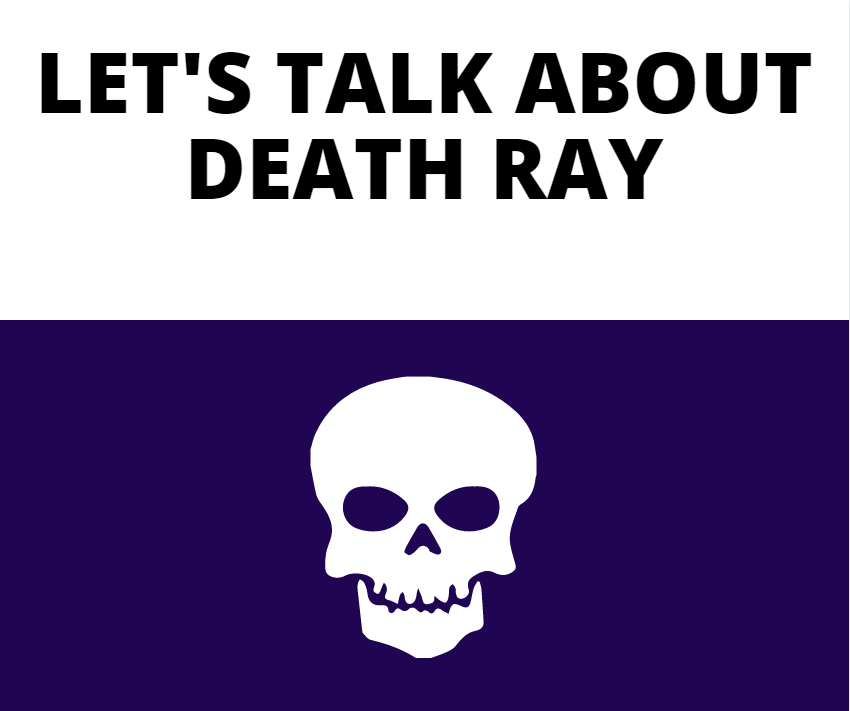 Hey y’all, hope all’s been well for everyone. In today’s post, Death Ray in DnD 5e, we’ll be taking a brief look at a very iconic ability, Death Ray, from an iconic DnD creature, the beholder!

So try to contain your excitement as we discuss it.

This ability is one of 10 abilities that are part of most beholders’ arsenal. The beholder is a creature that looks like a floating meatball, this meatball has a whole load of eyestalks attached to it, and from its eyestalks, it can shoot rays of magic.

Considering the damage that it does, this beam mixed in with the others can make for a lot of damage going out to the targets, easily wiping someone out.

So this big flying meatball fires a ray of pure necrotic energy at its target, what would that look like?

Let’s say that we have an old Wizard player, who isn’t very dexterous, come up against a beholder, who happens to fire its beam at the old man. This is one way I would describe it.

“As the magic dissipates on the arcane lock with an audible crackle, wondering what treasures might be hidden in these dusty old halls, you walk into the chamber which hasn’t been looked upon for centuries. As you wave the orange glow of your touch around, you see a strange floating object meander slowly toward you. The light bounces off of its huge center eye, and then off of all the eyes in each stack coming from its grotesque body. You realize this is a beholder. Before you get a chance to think, a beam of black energy streaks out from one of the stalks and strikes you directly in the chest. You take 55 necrotic damage, which drops your now lifeless corpse to the ground with an echoing thud.”

So as always, I aim to cover some specifics that I find cool within the DnD world with these shorter posts. I hope this gave you some insight into the Death Ray in DnD 5e, and gave some ideas on how to describe should (and it should!) it show up in your games. So thanks for taking the time to have a read through this post and until next time, may your day be a critical success!